Equmenopolis helps people to learn, work, and enjoy themselves in the digitized society with socially-intelligent conversational AI technology. In the upcoming, increasingly-digitized society (dubbed society 5.0), Equmenopolis aims to contribute its innovation share by creating highly interactive conversational AI agents, capable of supporting and servicing all aspects of work and education.

A Cybernetic Planet-wide City where Humans and AI Evolve Together

Founded in May 2022 as a spin-out from an academic research group in Tokyo, Equmenopolis provides conversational AI agents in the newly digital society, where cyberspace and the physical world increasingly intertwine. As society 5.0 unfolds, digitalization will progress in all aspects of work and education. We have joined this movement by developing an all-purpose conversational AI agent platform, capable of automating many human-labor intensive tasks that burden productivity. We strive to originate a conversational AI service that will revolutionize the efficiency and quality of any business. 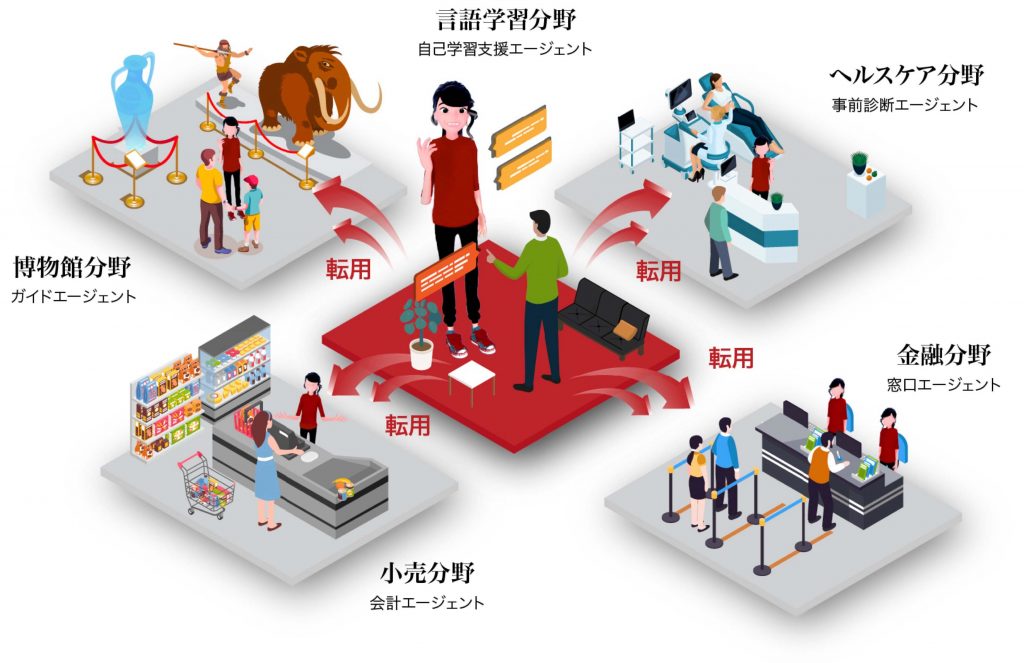 Origin of the Company Name

The name Equmenopolis was derived from a hypothetical concept of a planet-wide city proposed by the Greek city planner Constantinos Doxiadis (1913 – 1975). The word ‘ecumenopolis’ served to represent the idea that urban areas and megapolises would one day fuse to form a single, continuous world-wide city (ecumene: world, polis:city). The concept was dreamt of long before the invention of the Internet – a utopian city-planet that possessed the characteristics of both a local and global community, where information and transportation networks flowed fast and all around. In many ways, ecumenopolis stood for an idea that was close to today’s “digital society” (Society 5.0)

Equmenopolis’ “EQ” stands for Emotional Intelligence Quotient (EQ), which is the ability to perceive and interpret one’s own emotions, as well as the emotions of others. “EQ” also includes the mathematical meaning of Ǝ (Existential Quantifier).

On the whole, our name encapsulates the idea of a planet-wide city of human-AI coexistence, and the commercial ecosystem that is produced as a fruit of this relationship.

Kamon: Mixing Japan’s Past with the Future

Our logo’s design is a nod to Japan’s old tradition of family crests –  symbols with a rich lore that were once used to indicate one’s origin and bloodline. Though it pays tribute to the past, the design also acknowledges the future. The logo embodies a multidimensional world where the physical and digital world merges, representing the simultaneity of the second and third dimension, and the AI, which grows and matures within the box of society.

All in all, we want to express big and intricate ideas in simple terms. 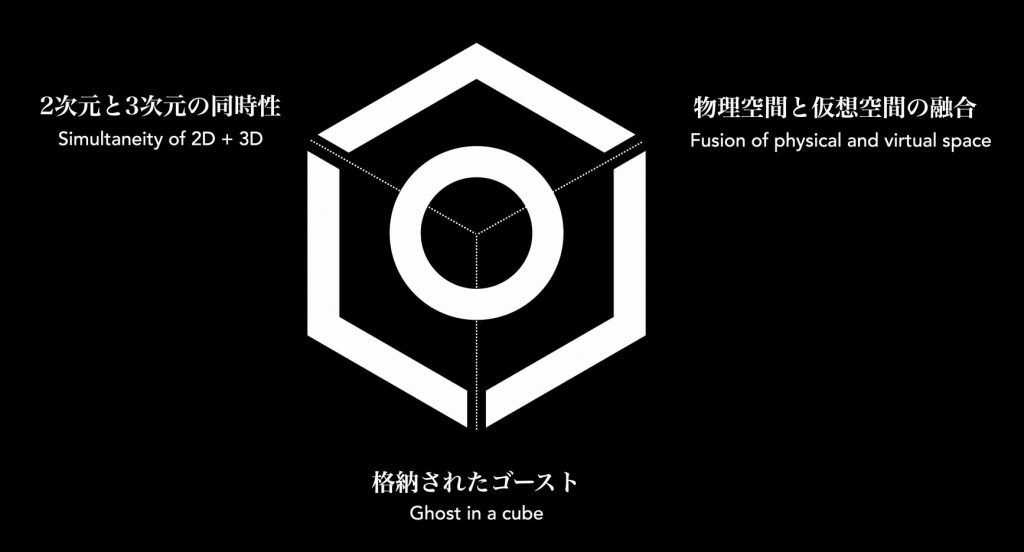 “Kyogen” was originally established as a place of “Mon-nori-ya” artisanal work, where the artisan handled the processing prior to the hand-painting of Kamon (family crest) on kimono. The next generation to follow then went on to become Monsho-uwaeshi (the artisan who hand-paints Kamon on kimono), which is a traditional form of art that has been passed down in Japan since ancient times. This masterful technique has been handed down to this day through generations of the family business.

In 2010, “Studio Kyogen” was launched. Through the introduction of digital technology into this time-honored hand-painting methodology, the company was transformed as a design company with the ability to create new ways of expression through the use of Kamon. “Kyogen” continues to blend traditional Japanese design with the modern sensibility of today, working with a diverse range of genre, from original Kamon designs to interior decoration, artworks, fashion goods, packaging design and production, just to name a few. 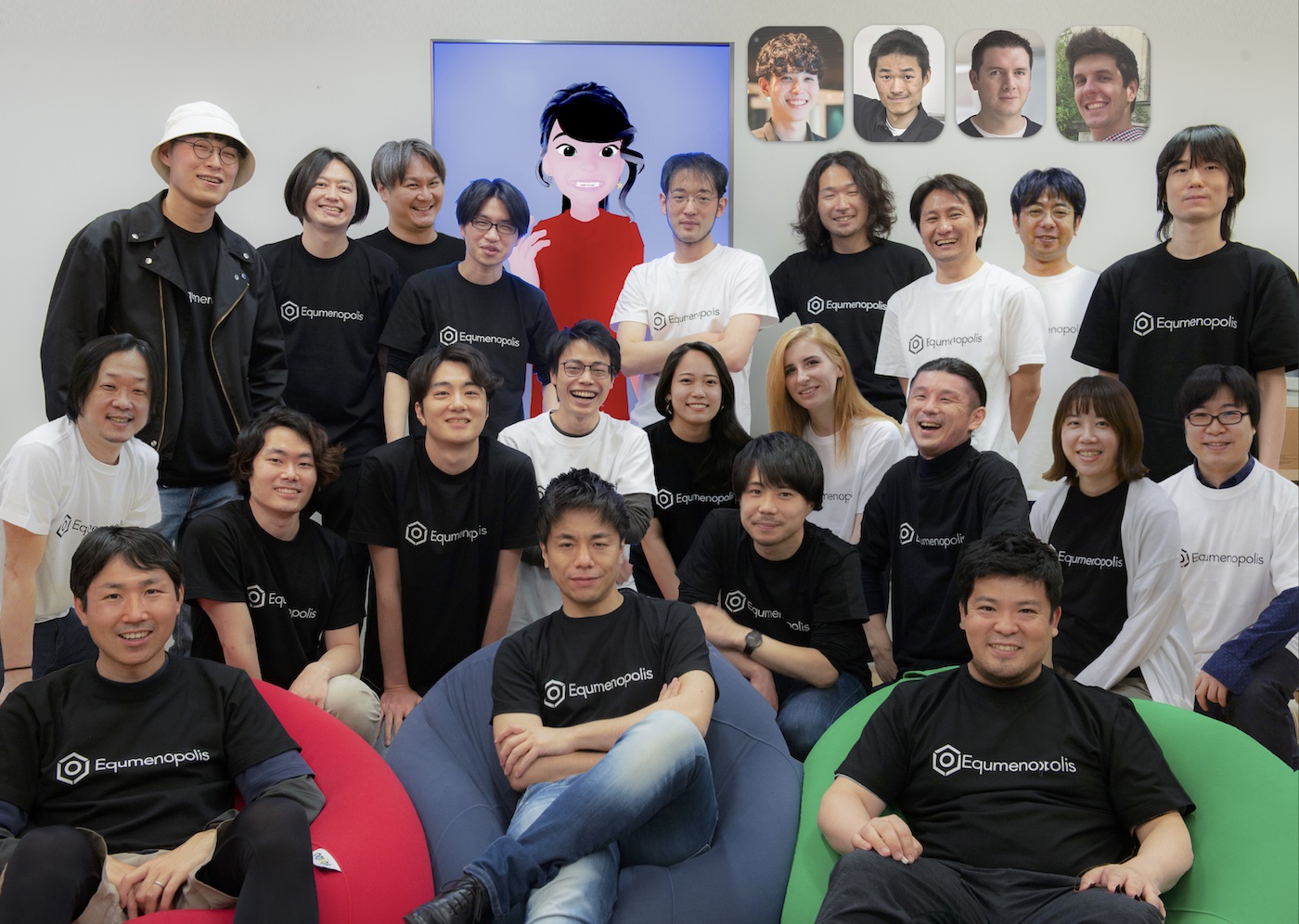 Yoichi Matsuyama, the CEO and founder of Equmenopolis, obtained his doctorate degree from Waseda University’s Graduate School of Science and Engineering. At Carnegie Mellon University, he led the research and development efforts for the official virtual assistant of the World Economic Forum (Davos), and oversaw other AI industry-academia collaboration projects including with Google, Microsoft, and Yahoo!.  After returning to Japan in 2019, he was appointed as a senior researcher (associate professor) at the Perceptual Computing Laboratory at Waseda University. His other pivoting roles include serving as Chief Strategy Officer (CSO) where he leveraged his rich international, technology management consulting experience, as well as his position as Chief Operating Officer (COO) with expertise in R&D management in the field of AI and robotics.

Equmenopolis’ R&D members include researchers in spoken dialogue systems, natural language processing, machine learning, VR/AR, applied linguistics, architecture and art, more than half of whom are doctoral degree holders. Our team is built upon diverse backgrounds which include Japan, the US, France, Poland and Colombia, and we seek to continue recruiting world-class researchers and engineers in the upcoming future.